HEADS OF THE COLORED PEOPLE

A satirical and daring collection of short stories exploring black life from one of America’s rising stars. ‘Makes you shake your head in delight… Her stories feel simultaneously like the poke of a stick and a comforting balm; a smack followed by a kiss. I’m so into it’ Bim Adewunmi, GuardianHeads of the Colored People interrogates our supposedly post-racial era to wicked and devastating effect, exposing the violence that threatens black Americans, no matter their apparent success. A teenager is insidiously bullied as her YouTube following soars; an assistant professor finds himself losing a subtle war against his office mate; a nurse is worn down by the demand for her skills as a funeral singer. And across a series of stories, a young woman grows up, negotiating and renegotiating her identity. 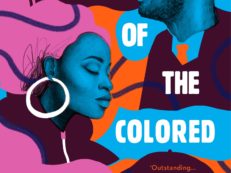