A poet, a playwright and an essayist, Ben Okri is also – and primarily – an accomplished novelist and short-story writer, whose production is imbued with paradigms and themes relevant to the contemporary literary panorama. A distinctive trait of his fiction is the centrality of meta-artistic issues. The tropes of heroism and the rich intertextuality of his works, bear evidence of his reflection on the functions and the expressive methods of art. Against modern scepticism, he revalues a multicultural tradition of artistic commitment that, in his view, can counteract the dissolution of sense, identity and spirituality. Okri´s works question some theoretical hallmarks of mainstream criticism, and demand new critical approaches. This need is acknowledged by Mariaconcetta Costantini, who explores hidden meanings of his texts by examining a recurrent paradigm: the “mask”. To understand Okri´s idea of “masking” is equivalente to finding a key to his narrative project, whose main goal is to revive the artist´s sense of responsibility against the fictions of contemporary life. 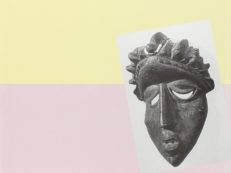