Online sensation Karl reMarks disagreed with the idea that reality had become too strange to satirise. Then he read that bin Laden was radicalised by Shakespeare. Since then, Karl has been bringing the best of the Middle East news and views to his followers around the world.

Now Karl’s wildly wry observations and sketches are available in one handy collection. With sections on ‘Geography for Dummies’, ‘Democracy for Realists’ and ‘Extremism: A Study’, alongside the best of Karl reMarks’s infamous ‘Bar Jokes’, this hilarious book proudly presents views you’re guaranteed not to hear on the news … 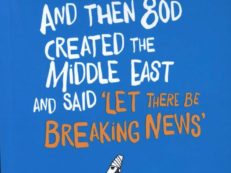