A MONTH AND A DAY

This new edition gives an insight into Ken Saro-Wiwa’s ideology, his own record of arrest in July 1993 and imprisonment, the story of the Movement for the Survival of the Ogoni People (MOSOP), the struggle against the multinational Shell, the Nigerian military dictatorship, his criticisms and questioning of a corrupt regime which eventually led to his execution with eight others on 10 November 1995 and includes ‘A Letter to my Father’ by Ken Wiwa Jnr. If you want to know why Saro-Wiwa was hanged, read this book. 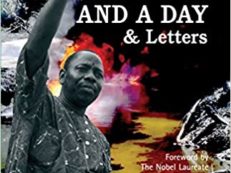