Brilliant South African photographer Pieter Hugo reflects on a generation of Africans born in an era of unprecedented freedom and in the wake of unspeakable violence. Celebrated for his often unsettling but arresting images, especially from his native continent, Pieter Hugo is a photographer with a passion for revealing the truth, no matter how painful or disturbing it may be. In this book, he turns his lens to images of reconciliation, healing, and hope as seen in the faces of children, including his own. 1994 refers to a pivotal moment in African history―specifically in South Africa, which held its first free and democratic elections that year, and Rwanda, where a clash between the Tutsi and Hutu ethnic groups gave rise to a brutal genocide. Hugo photographs children in a landscape from which they emerge and are sometimes engulfed by, some representing more of the Edenic, while others seem older, more impacted by life. His photographs are both unsentimental and straightforward. 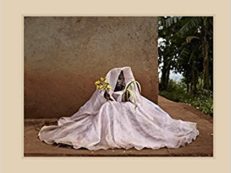